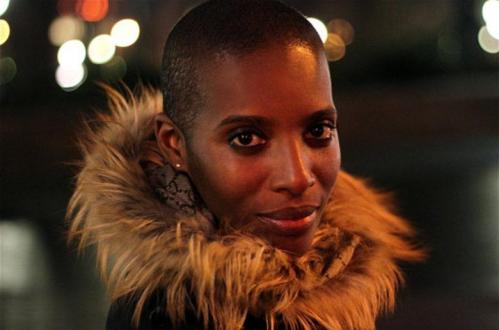 Career Bio Letting laughter carry her through the day, Zainab Johnson shares with audiences how interesting everyday life can be, especially when you turn the day’s drama into serious comic relief. Whether she’s performing on stage, writing a script, or acting on screen, Zainab is making people laugh with her own engaging style. Zainab began her career in entertainment as an actress, having moved from home in New York City to the glitz and grit of Los Angeles soon after college. As she pursued roles for television and film, others saw in her a talent for comedy that she had never considered before. Her first appearance as a series regular on television for BET’s “Hell Date” led her to explore comedy in earnest, studying the craft with the Groundlings and IO West, two improvisational comedy groups. Zainab then went on to perform improv and sketch comedy with Troop Hollywood and the Black Hand Side. In 2010, Zainab took a leap of faith in her talent and did her first solo stand-up performance. Her success from that day and her talent for the craft have propelled her to working in top clubs throughout the country, from LA to NYC, including the Improv, Laugh Factory, Standup NY, and Caroline’s on Broadway. Zainab is a Last Comic Standing semi-finalist and has performed at the 2014 BET Experience at LA Live and the world famous Just For Laughs Festival in Montreal. She has also appeared on Comic View, the Arsenio Hall Show, and Gotham Live. AWARDS Winner, 2013, HBO’s American Black Film Festival Comedy Wings Competition Semi-Finalist, 2014, NBC’s Last Comic Standing