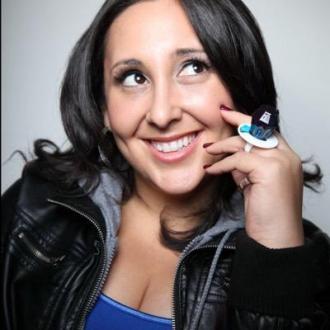 If anyone had a path leading them to stand up comedy; its Robyn. Wearing leg braces like Forrest Gump as a child, illiterate to the age of 16 and at one point weighing 215lbs, Robyn was a walking sit-com. We use the word “walking” lightly... more of a wobble. After shedding the leg braces, learning how to somewhat read, and losing the weight, Robyn earned her BFA in acting at the University of Connecticut. After graduating, she realized that with her weight, dating, family and life journey she had some really funny stories to share; so she attempted stand up comedy. Immediately she knew this is where she belongs. Robyn became a regular in the NY comedy club scene and highly sought after in the fundraiser scene, performing frequently for all types of charities. She was in NY Comedy Festival and won 1st place in the Hoboken Comedy Festival Competition. Soon after Robyn was named 1 of the top 5 stand out comics listed by CBS.com. You have seen her on TV shows such as Raising McCain on Piviot TV, The Bethenny Show on Fox, The Little Couple on TLC and most recently on Live At Gotham on AXSTV. Her favorite project to date; a featured role in ASAP Rocky’s music video Shabba Ranks- doing what else- eating cake! With Robyn’s two comedic web-series, health and fitness podcast and her stand up, Robyn’s only goal is to help the world feel happy!