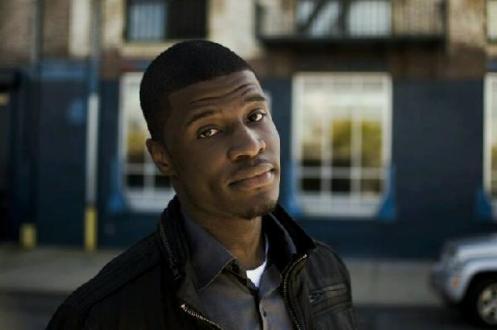 Funny, smart, fresh, magnetic. These are just some words that describe the comedy of Neko White. Born in 1993, Neko has been a professional stand-up comedian since 2007 at the age of 14. In 2014, Neko taped his first one-hour stand-up special, Introducing Me. As a personality, Neko has stolen the show on MTV 2’s Hip Hop Hollywood Squares, and Elite Daily’s wildly popular Gen Why show. As a stand-up comedian, Neko has appeared on Axs Tv's Gotham Comedy Live, Sirus XM's "Sway In the morning Show" FOX’s Laughs, Popcornflix’s Live at New York Comedy Club, and a documentary on his life entitled One Mic. A native of Harlem, Neko began his comedy career the first day of high school when a teacher asked if anyone in the class had a talent. Being a shy kid who never thought he would do stand-up, he felt inspired. “Something just came over me that said ‘Go tell jokes.’ I went up in front of eight people and it worked. It’s been comedy ever since.” Now a professional working comedian there is no stopping this twenty something from chasing his dream of being the best comedian he can be. Following in the footsteps of his favorite comedians Katt Williams, Chris Rock, Bernie Mac and Dave Chappelle. Armed with a well-developed view of the ever changing world around him, quick wit, and very endearing charm. Neko’s material is a mix of social commentary and personal analysis that hits on every target from the most topical controversy to his own self-image. Not to mention a tenacious work ethic that leads White to do more than 500 shows a year. He hones his skills on the comedy club circuit of New York City, a regular at top comedy clubs such as Caroline’s on Broadway, Comic Strip Live, Broadway Comedy Club, and New York Comedy Club. He has performed in the New York Comedy Festival and opened for headliners including Donnell Rawlings and Jay Pharoah. Neko has been described by fans and reviewers as “a breath of fresh air” and “an endearing old soul.” Neko’s biggest supporter was his grandmother who would tell Neko before he left for shows: “Knock ‘em dead, kill ‘em.” After her passing, Neko vowed to make his grandmother proud. It’s safe to say that grandma can rest assured because her baby boy is still knocking them dead and does not show any signs of slowing down.