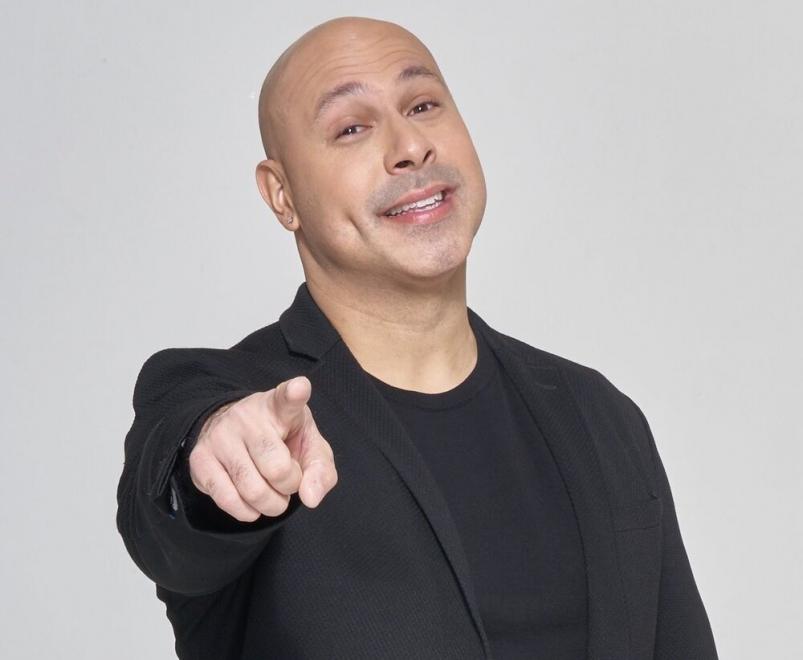 Born and raised in the Bronx New York, Mark Viera became fascinated with comedy very early on. While Mark’s mom spent countless hours as a social worker to provide for her family, Mark and his older brother would pass the time watching the popular TV shows of the 70’s and 80’s. He became so engaged in the performances of his favorite comic personalities, it didn’t take long before he began to emulate the characters he came to love. On any given night, he would entertain his family with remarkably accurate portrayals from shows like Carol Burnett, “Sanford and Son” and “Three’s Company.” As his career flourished, Mark personalized his artistic passion and parlayed it into one of his greatest labors of love: A one-hour Showtime special aptly entitled “Tales of Nuyorican”. The show, an homage to his upbringing and hilarious life experiences, became an instant classic. With the success of Nuyorican and a sold-out tour with singer Marc Anthony firmly establishing him as a force to be reckoned with, Mark, a devoted family man with an altruistic nature seized the opportunity to give back, first by performing on a comedy special for American Family Insurance. “Stand Up For Family,” which was hosted by good friend and fellow comic Bill Bellamy, became a benchmark for family friendly entertainment. Shows for the “Make a Wish Foundation” and the “VIP Drug Rehabilitation Centers” in his native Bronx, as well as several command performances for our U.S military overseas accent his philanthropic efforts. Mark made his network television debut on NBC’s Emmy award winning show, “30 Rock,” an opportunity that piqued the interest of the industry’s most prominent executives. The comic and businessman recently sold a sitcom based on his compelling life to Warner Bros. and FOX. The project, which was Executive Produced by comedy legend George Lopez, is currently being re-developed. Mark is unfazed by his growing popularity and remains loyal to his New York roots. Known to his fans as the Latin Prince, he performs regularly at top comedy clubs including Caroline’s on Broadway and Gotham Comedy Club. He also headlines at Improv’s and FunnyBone Comedy Clubs nationwide. Mark was hand picked to headline on several ships for Norwegian Cruise line. One of Mark’s favorite shows to perform in has to be for the“Leatherneck” tour for the U.S. Marine Corps which is now in its third year. Mark’s numerous television credits include performances on the critically acclaimed “Martin Lawrence Presents 1st Amendment Stand- Up,” Comedy Central’s “Russell Simmons Presents Stand-Up at the El Rey,” AXS TV’s “Gotham Comedy Live”. A completely live stand up performance, BET’s “ComicView, Comedy Centrals’ “Gabriel Iglesias Presents: Stand Up Revolution” and Mark’s most recent television appearances are several episodes of Byron Allen’s “Comics Unleashed”. Mark most recently was asked to join comic icon Gabriel Iglesias’s “Unity Through Laughter” world tour. Whether he’s talking about his crazy marriage, his growing kids, his beloved grandparents, doing one of his dead-on impressions or joking about his life growing up in the Bronx, Mark Viera takes his audience on a hilarious, heartfelt journey, finding enjoyment in the absurdities of life.