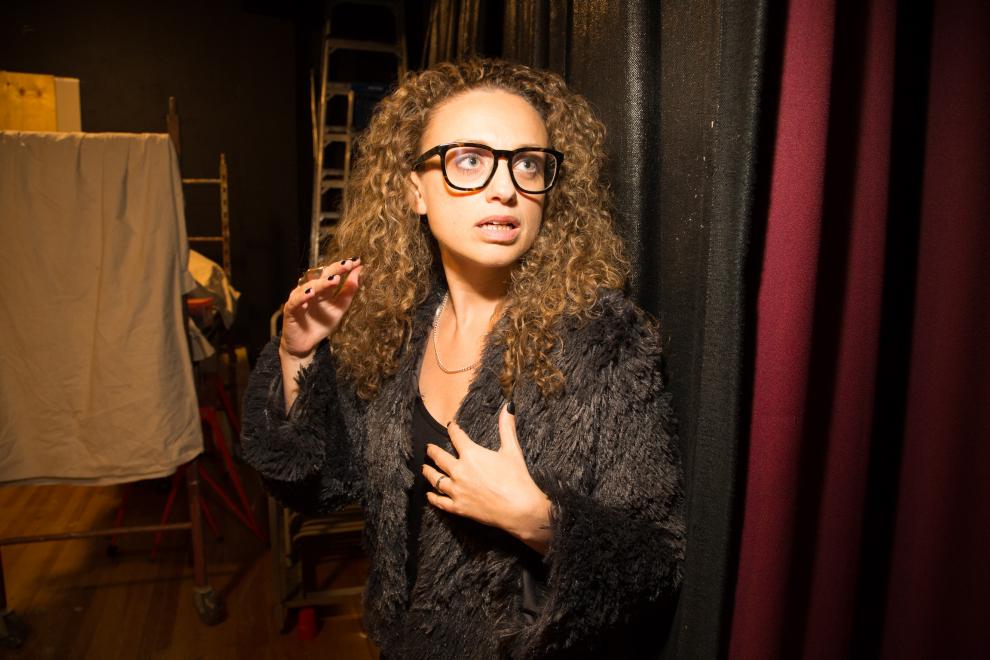 Fresh off her national television debut on The Late Show with Stephen Colbert, Leah Bonnema is a comic on the rise. You’ve seen her on IFC’s Comedy Crib, Chris Gethard Presents HARD READ, Oculus & AXS TV’s Gotham Comedy Live and is a regular on SiriusXM. Leah has performed for our troops overseas, toured the US with Lizz Winstead’s Lady Parts Justice and HuffPo named her one of their Favorite Female Comedians. She’s been featured on The America Stands Up Showcase at The International Glasgow Comedy Festival and performed in The New York Comedy Festival, The Lucille Ball Comedy Fest at The National Comedy Center, Politicon, Bumbershoot and at The Kennedy Center in Washington DC for The District of Comedy Festival. A versatile comedian, Leah was on the writing team for Celeb Have Issues, a sketch series that created viral videos for Kristen Bell, Taye Diggs and Reid Scott. She starred in, wrote, and co-produced comedic detective pilot, Solving Leah, which was an *Official Selection* of The New York Television Festival and The Portland Film Festival. You can see Leah on Buzzfeed’s Did You See This?! and listen to her on Were You Raised By Wolves, which made Apple’s *New & Noteworthy* podcast list. Check out LeahBonnema.com to learn more about why The NY Times calls her “one of the city’s most consistently excellent young comics.”