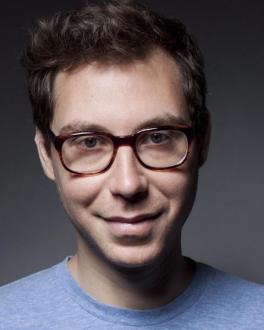 Jonathan Randall is a very polite guy, if you laugh at his jokes he may even be your friend on any social network you like. Growing up in Miami, globe trotting adventures, and an obsession with American pop culture give Jonathan a shocking yet hilarious view of the world. He loves entertaining audiences with his unique blend of optimism, absurdity, controversy, and devilish charm. Besides performing at clubs, collages, and events across North America and beyond Jonathan is a regular on the NYC comedy scene. Jonathan has performed in The New York Underground Comedy Festival and was featured on ABC and Comedy Central for his part in the “Andy Kaufman Awards” during the first New York Comedy Festival. He can be heard on Sirius Satellite radio and hosted on the Internet sites TVTONIC and TITANTV. He wrote and directed a video segment that appeared on NBC’s Late night with Conan O’Brien. He has written for MTV and appeared as a talking head on the networks “FNMTV.”