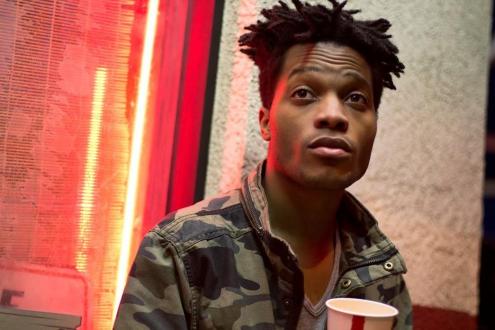 Raised in Hyattsville, Maryland, Jermaine began performing stand-up in 2006 while still in high school. On his 20th birthday he moved to NYC on a Megabus with three pieces of luggage and a dream. Before building a buzz with stand-up, Jermaine was featured in promos for McDonalds, Sobe, and Sports Illustrated.  In 2012, Jermaine was one of the “New Faces” at the Just For Laughs Montreal Comedy Festival and was invited back the following year to tape Funny as Hell for HBO. He’s toured nationally with College Humor, Comedy Central on Campus, and has one half of the internet sketch group BodegaCat Sanchez, alongside Kevin Barnett. He’s been featured on two seasons of MTV2′s Guy Code, @Midnight, and “Comedy Underground with Dave Attell”. Now he’s the co-creator, writer, and star of a new TV series, “Friends of The People” Tuesdays on TruTV. Now in LA, his stand up will be featured on the Late Late Show with Craig Ferguson and has a development deal with ABC to create his own sitcom.