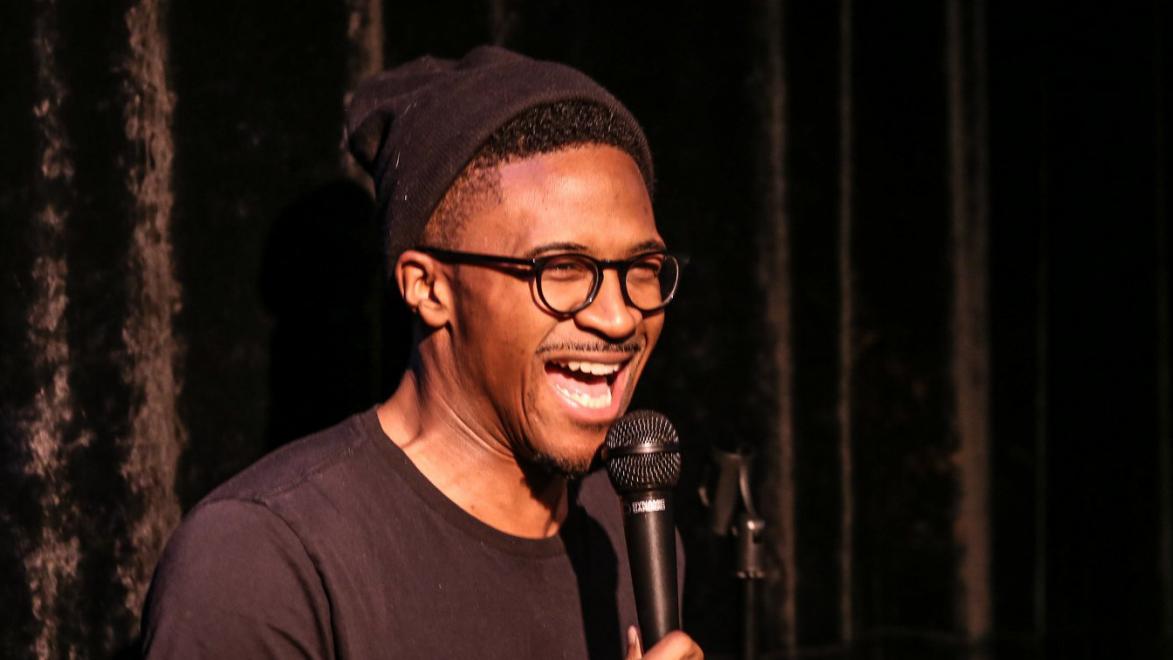 Ja-Ron Young is a New York based comedian and actor. Originally from Philadelphia, Ja-Ron moved to New York to study theatre and fell in love with Stand Up Comedy 5 years ago. Since they’ve been going steady, Ja-Ron has been in The Cinderblock Comedy Festival in Brooklyn, a Semifinalist in the Stand Up New York Festival, and a finalist in both The Trial By Laughter Festival in Indianapolis and now the New York Comedy Club Competition. He also runs a monthly show called “6 Pack At Brit Pack” with Stewie Vill and it’s still going strong after 3 long years. Ja-Ron also writes and produces sketches with “The Unusual Culprits”: a crew that consists of comics Lee Valentine, Mario Benitez, Juan Escalante and the aforementioned Stewie Vill.