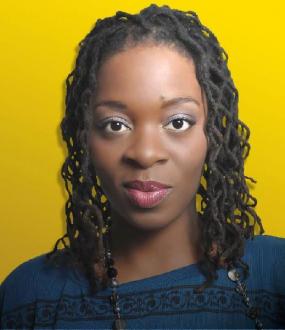 Comedy seemed to be a natural fit for Hadiyah very early on. She was a Finalist in the NBC Stand Up For Diversity showcase, a Semi Finalist in the Ladies of Laughter competition and a featured comedian in the New York Underground Comedy Festival. Her television performances include BET’s One Mic Stand, The Mo’Nique Show, AXS’ TV’s Gotham Comedy Live and also appeared as a commentator on MTV’s Yo Momma, BET’s Do’s and Don’ts of the Hip Hop Awards, The Maury Povich Show as well as a contestant on TV One’s Get the Hookup.  She will also be a featured cast member on Centric’s upcoming series “According to Him + Her.” Hadiyah has also appeared in the pages of O Magazine, TimeOut NY, Stagetime Magazine and MTV’s GuyCode Blog.   Hadiyah performs regularly in NYC’s Stand Up NY, Gotham Comedy Club, The New York Comedy Club and clubs across the country and she’s worked with such noted comedians as Sherri Shephard, Donnell Rawlings, Sheryl Underwood, Hannibal Burress and many more. She’s even taken her act across the pond to Amsterdam’s RAI Theater as a Queen of Comedy and performed the troops in Germany and South Korea.  Before making the leap into comedy, Hadiyah worked at MTV on the television series High School Stories, Uncensored, True Life, and P.Diddy’s Making the Band. Today she continues to create passion projects for television, film and the web. You can see the first 2 episodes of her web series The Grind online now.  For show info log on to www.hrcomedy.com or email bookinghadiyah@gmail.com.