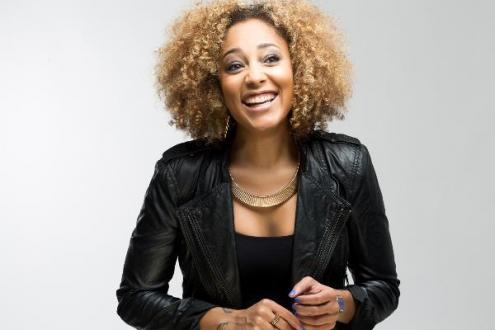 Amanda Seales, a comedian, screenwriter, producer/director,host, dj, singer, and more, is a multifaceted unicorn that brings theintellectualism to talkin’ sh%#! Full of energy and wit she revels in findingthe funny in social commentary, pop culture and current events, and sharing thehilarious stories that seem to happen only to her! Along with performing standup across the country, this funny girl has been featured on VH1’s “Best WeekEver”, is a former MTV VJ, is a regular contributor to Huffpost Live, Aljazeera America, HLN and an appearance on CNN went viral when armedwith intelligence, wit, and now famous facial expressions, she deftly took downa sexist defender of catcalling.  Her interactiveone woman show It’s Complicated: Hilarical Answers to Serious Questionson Love featured in the NY Comedy Festival ’14, she has beentrained in sketch writing at UCB Theater, was a semi-finalist in the NBC StandUp Diversity and alongside pundit Marc Lamont Hill created and hosts themonthly comedy show Smart Funny and Blackat The Stand. She also created, writes, and hosts the weekly web series’“Things I Learned this Week” (TILthisweek.com) & “Funny Style” (Bet.com)and several one woman shows including the musical/comedy Mo Betta Wu:Jazz from the 36 Chambers and Death of the Diva. She is dangerouslyon the fringe of becoming a cat lady.