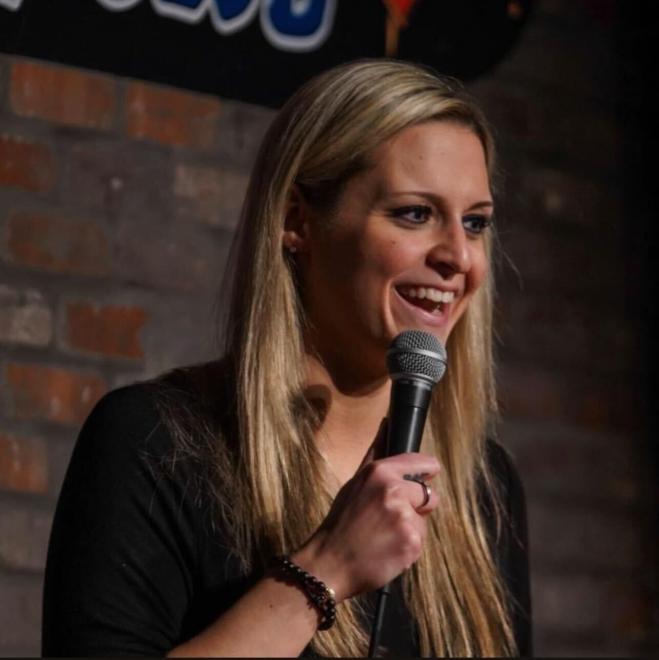 Alyssa Goggi graduated Quinnipiac University in 2016 with a Bachelors degree in Film, Video, and Interactive Media. While attending Quinnipiac, she was head writer and host of the college's comedy late night television show, "Quinnipiac Tonight," mostly known for her own segment, "Walkward." Following graduation, she studied comedy at The Second City Training Center in Chicago, IL, and then at The Upright Citizen's Brigade in New York City. She now works at The Stress Factory Comedy Club in Bridgeport, CT, where she is, "The Door Girl," and one of the House Emcees, performing most weekends. Her recent credits include opening for Craig Robinson, Deon Cole, Gilbert Gottfried, and Vinnie Brand.